A Rockwall boy has just beaten cancer has been welcomed home by his heroes, the police and firefighters.

Six-year-old Bennett Hernandez was diagnosed with Stage 2 Lymphoma and has been under treatment at Children's Hospital in Dallas. He started chemo-therapy and started calling cancer "the bad guys" saying he wanted to "arrest the bad guys" just like the police do.

Recently finishing his treatments, Bennett and his parents were told he is cancer-free.

Rockwall Police Chief Max Geron gave Bennett what police call a "challenge coin" intended as a keepsake for a little boy who has said he wants to grow up to be a police officer.

LISTEN on the Audacy App 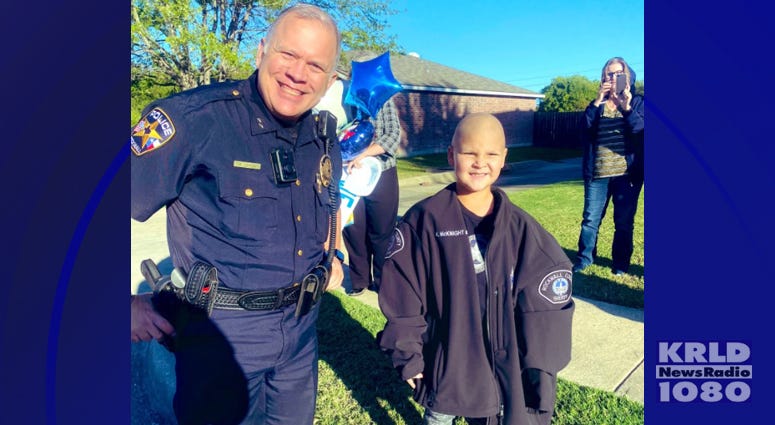 Hi All!I'm Andy McAslan, and through this channel we'll be telling the story of my journey through cancer. I have a rare blood cancer called follicular lymphma, and me and my partner Leah will be documenting the highs and lows as two young people tackle this together. Welcome to the journey!